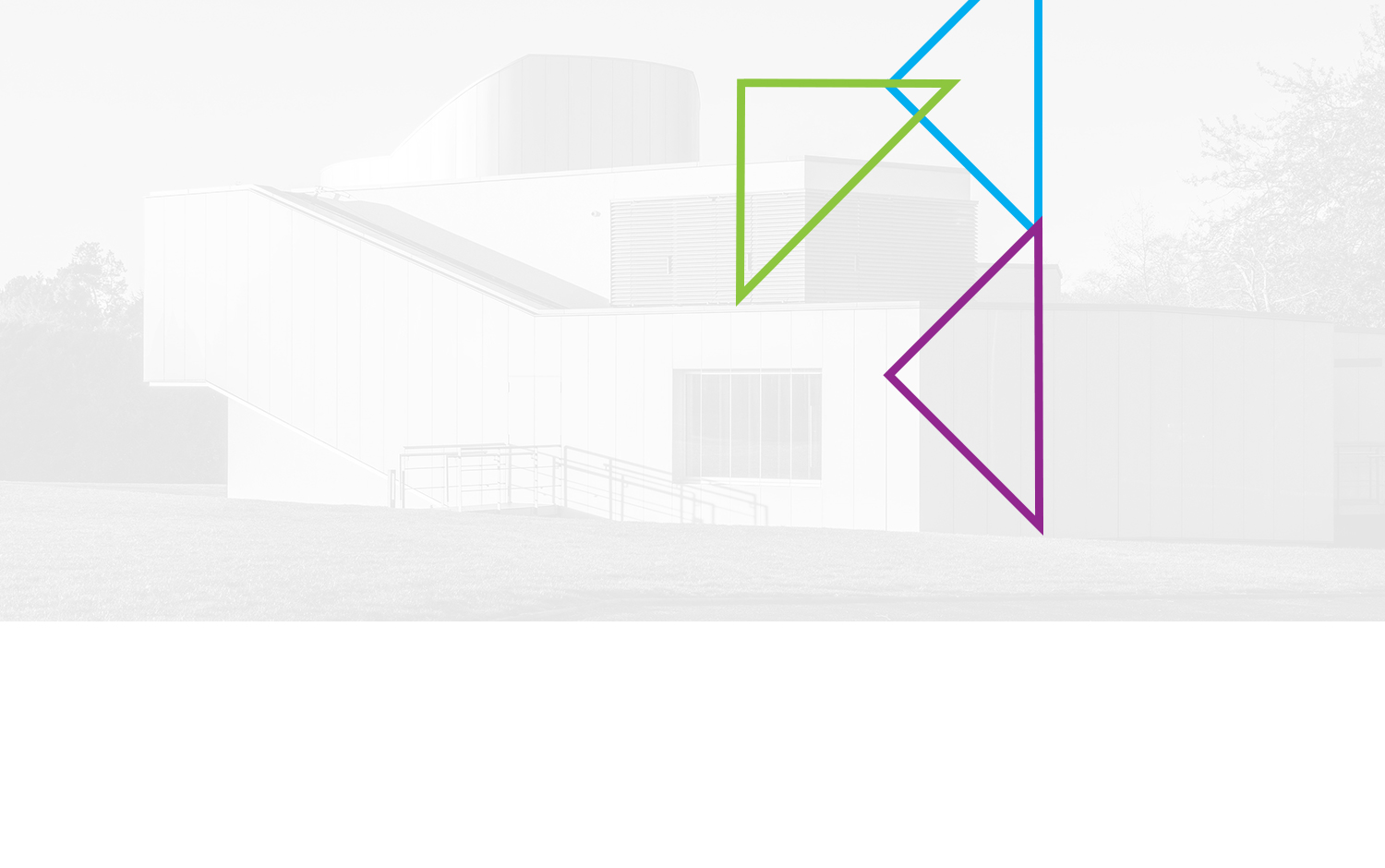 The conference’s reach was the largest to-date with over 600 delegates gathering in the RDS over two days, Friday 25 and Saturday 26 November, to hear an inspiring line-up of speakers. Sandra O’Connell and Raymund Ryan report.

Relevance was the prevailing theme on Day 1, with the conference tackling the pressing issue of housing, offering innovative ideas on design, delivery, procurement and economic measures.  RIAI President Carole Pollard opened the conference with an ambitious call for a “National Infrastructure Delivery Agency to co-ordinate and oversee long-term planning, procurement, design and delivery of key infrastructure from transport to schools, and from health care to housing”.  The RIAI’s new infrastructure policy received a strong and positive reaction in the Irish media. Pollard concluded her address with a special mention of Grafton Architects and their outstanding success as winners of the inaugural RIBA International Prize for UTEC.

David O’Connor, Head of the Housing Delivery Unit, focused on identifying “sticky issues” and finding ways of “unblocking the system” to accelerate delivery under the government’s Rebuilding Ireland action plan, which is set to spend €5.35bn on 47,000 social housing units by 2021. Measures identified by O’Connor include design competitions, removing barriers to the re-use of buildings, intensifying urban regeneration and living city initiatives, and encouraging build-to-rent. He said that housing output will be doubled to 25,000 units per year.

RIAI Vice President and housing spokesperson John O’Mahony offered the architect’s perspective. He also identified blockages in the system –“it can take currently 78 weeks from concept to final grant of permission – a process that should only take 25 weeks”. “Strategic Development Zones (SDZ) can speed up delivery, as previously shown in Adamstown”, said O’Mahony. He offered cost-efficient design solutions, saying “reducing the requirement for dual aspect in a typical six-storey block could create two additional apartments per floor as less stair cores are needed”. O’Mahony warned against reducing apartment sizes, as Ireland already has the smallest-size housing stock in Europe (Eurostat 2012). Dutch homes are 50% bigger than Irish homes and Danish homes 80% bigger.  He cited post-industrial sites as a potential for housing, referring to the Malings scheme in Newcastle designed by Ash Sakula Architects (themalings.co.uk).

Markus Lager from Kaden und Lager Architekten in Berlin discussed the practice’s expertise in delivering co-housing projects – a bottom-up approach, where individuals form a housing group to develop sites for apartment buildings. Using office projects as case studies, Lager showed how efficiencies are gained through innovative timber construction, achieving apartment houses of up to 10 stories. Almost 95% per cent of the practice’s work is now in timber (kadenundlager.de).

Architect Andrew Griffin, discussed Urban Agency’s pan-European residential work, including their award-winning ‘Iceberg’ housing project in Aarhus, Denmark. Andrew Griffin posed the pertinent question of “how can we translate the qualities of the suburban house into higher densities and city living?” Using Urban Agency’s residential design for Spencer Dock as an example, Griffin said that families can be attracted into cities by well-designed quality homes with proper private outdoor space. County Mayo CE Peter Hynes offered a fascinating perspective on how “local can be global”. Hynes demonstrated how the county’s location on the Wild Atlantic Way, combined with the design quality of towns like Westport, is continuing to attract people and investment – including several multi-nationals – reversing the downward population trend of the 1980s and 1990s.

Former Stockholm City Architect, Karolina Keyser, developed the city’s first architectural strategy – Arkitektur Stockholm.  Through this strategy, Stockholm ensures high ambitions when it comes to incorporating new architecture and high quality of construction and promotes a dense mixed-use cityscape with an activity-driven architecture. Keyser also showed how the city “brilliant Modernist legacy” can be re-imagined for projects today, such as the transformation of the Farsta district in southern Stockholm from modernist model to future sustainability.

Duncan Sim from the independent public policy think-tank Res Publica presented their thought-provoking report A Community’s Right for Beauty (respublica.org.uk). While the health benefits of places of beauty are well documented, access to beauty is restricted in its distribution across society and the report found that higher income households can access it more easily.  The report called for local communities to be empowered to take charge of their area and that architects have a role to play in this.

Stephen Hughes from Enterprise Ireland and Trinity College economist Ronan Lyons discussed the wider economic context – both agreeing that economic competitiveness is closely linked to the availability of quality housing. According to Ronan Lyons, housing is the “single most significant wage demand in Ireland, taken on average one third out of people’s wages”.  Economic growth has seen the Greater Dublin area grow by 650 households a month between 2011 and 2016 and with rents soaring by 75% since 2007. Excessive site and construction costs have seen the break-even monthly rent for a two-bed apartment being pushed to €1,600 a month in Dublin.  Lyons said that a solution would be to free up suitable land banks in the city, such as military sites or bus depots, by introducing a land tax such as in Denmark.

Stephen Hughes addressed the looming threat of Brexit, acknowledging the significant exposure of the Irish construction sector, with 63% of construction export sales going to the UK.  However, exports of Ireland’s indigenous industry have been continually on the rise and Hughes suggested new markets for Ireland – including the Nordic countries – which are very open to innovation.  He warned that it was too early to forecast the impact of Brexit and pointed to Britain spending 300bn on its National Infrastructure Delivery Plan, which could provide future opportunities for Irish architects.

RIAI CEO Kathryn Meghen updated Members on the work of the RIAI and invited conference delegates to contribute to the RIAI’s new Strategy via a Strategy Wall in the auditorium. The CEO stressed that Members are at the heart of all RIAI activity and reported on a number of RIAI initiatives addressing the ‘big issues’ affecting Members – fees, procurement and regulatory burden. RIAI Objectives for 2017 include developing a stronger branding and public profile for the RIAI and providing the supports to assist Members in their working lives and sustainable careers.

A Life in Architecture

The conference concluded with an uplifting conversation in which Brian Hogan, FRIAI, discussed his life in architecture with Ronan McCann, MRIAI. Having graduated from UCD in 1951, Brian Hogan – with the support of Michael Scott – found opportunities working abroad in London and further afield in the Middle East. Returning to a modernising Ireland in the 1960s, Hogan went on to great professional success throughout the 60s, 70s and 80s as Tyndall Hogan Hurley Architects, creating many of Dublin’s most significant commercial developments at the time, such as offices on Burlington Road; Aras an Phiarsaigh and Oisin House both on Pearse Street; as well as the IDA on Wilton Place. In the conversation, Brian Hogan discussed the current demolition of “half of Molesworth Street”, pointing to the high carbon emissions from these potentially reusable structures. Hogan said that while people were often afraid of the ‘big gesture’ a new vision was required for architecture.

The 2016 RIAI Conference was signalled by words beginning with R: Relevance, Resilience, Reach. Both days ended with a fourth R: Reflections. In Day 2, the profession appeared to look forward with new optimism yet be open to existential questions. What is the role of architects as we approach 2020? What are the limits and the obligations of the profession vis-à-vis the environment and society? Is there more than one way to be an architect?

The outstanding contribution to Day 2 was Grainne Hassett’s exposé of Calais Refugee Camp, “one of the most beautiful and one of the most awful places I have ever been.” Hassett offered disturbing insight into that “place of ten thousand people … (with) over 1,000 children on their own.” Responding briefly from the floor, Michelle Fagan spoke about “our fellow travellers”, linking the unfortunate people in Calais and the conference attendees in a sense of humanity and of life and architecture as a journey. Sharply critical of the French state, Hassett ranked three key lessons from Calais: 1/ the usefulness of tent-like enclosures she described as “giant duvets”; 2/ the desirability for some higher interiors in such emergency structures; and 3/ the need for raised floors “above the flood and sewage zone.” Passion and pragmatism, indeed.

The morning had started with Irena Bauman of Leeds-based Bauman Lyons Architects. She and a subsequent speaker, Teresa Borsuk of London’s Pollard Thomas Edwards, both described modes of shaping an architectural practice today. Bauman’s strategies include no projects over two hours travel from the office, no speculative commercial projects, no marketing… and no golf!

Bauman critically observed the “trade only” signs to both the conference and Architecture Expo. However, a certain amiability, even clubbability, was characteristic of the conference. Indeed, one strategy promoted by Borsuk is a weekly office lunch prepared by a designated staff member. The social was also the focus of Ian Robertson’s presentation, The Winner Effect. Did you know that people tend to kiss to the right as the left side of the brain is connected to progress and ambition?

Reach brought us Roisin Heneghen and Heneghen Peng’s remarkable museum for Palestine, in many ways a landscape project and potentially a hub with satellites for the dispersed population in Beirut, Gaza, etcetera. Politics also of course infected Hassett’s work. Her presentation was shared with Javi Burón García, of FAB LAB at the University of Limerick, who assisted Hassett in Calais, and with Helena Fitzgerald, who is tending to migration and change in a very different landscape, the Blackstairs Mountains.

Reach stretched across generations as well as geography. This aspect of the conference, and the sense of Fellow Travelling, looked backwards and forwards, with recent graduates presenting synopses of thesis work shortlisted for the RIAI & Scott Tallon Walker Student Excellence Award and current students excerpting from essays competing for the Architecture Ireland Student Writing Award. Such acknowledgment of established and emerging achievement underscores a sense of Irish architecture not only as professional practice but as cultural activity.

For the final session, Reflections, film director Lenny Abrahamson, stage director Annie Ryan and novelist Kevin Barry engaged in friendly repartee with Carole Pollard without forgetting the architectural context. All seemed tuned to place (in Barry’s case Porto as well as Limerick and the melancholy of Clew Bay) and weary of ego. “When the intention is to impress people, you’re in real trouble,” said Ryan; whereas Abrahamson noted “when something is overdesigned, I don’t want to go there.”

To this first-time attendee, the conference had spirit and character, a sense of architects on a journey together. No-one knows what the future holds but the seemingly unavoidable Irish concern for place and a healthy scepticism of ego are without doubt critical tools for any cultural practice.

Both conference days were genially and ably chaired by Liam Tuite.