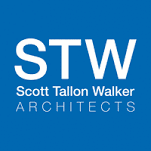 This award is free to enter.

2. History of the RIAI Travelling Scholarship

In 2016, the RIAI relaunched the RIAI Travelling Scholarship as the RIAI Scott Tallon Walker Student Excellence Award for Architecture. The RIAI Travelling Scholarship competition existed in a number of guises since 1935.  From 1955 to 1970 the RIAI offered a scholarship annually to enable the winner to undertake a two-week study tour of Rome at Easter.  From 1971 to 1980 the Scholarship was awarded to the best portfolio of post-intermediate students nominated by UCD and DIT. From 1981 a formal architectural competition was held for fourth year students of architecture at DIT, QUB and UCD. The Scholarship was expanded to include students of architecture from WIT, CCAE, SAUL and UU as these programmes were launched.

The competition has four general aims:

Entrants are invited to submit a collage on a single A1 board illustrating the work they have completed during Fifth (final thesis) Year. The collage will include a combination of hand-drawn sketches, concept ideas, technical investigations, final design solutions, 3-D representations, and photographs of models, arranged a way that fully represents the body of work produced during that academic year. The submission may include the entrant’s thesis project and should feature a short, relevant narrative describing the work displayed (300 word max., text size 10pt min.).

The award is open to students currently enrolled in Fifth (final thesis) Year in the following programmes of architecture:

Students intending to submit an entry are required to first register their interest by completing the RIAI Scott Tallon Walker Student Excellence Award for Architecture 2022 Registration Form at the end of this page and returning it by email education@riai.ie for the attention of Carol Curran, RIAI Education Officer, no later than Friday 24 June 2022. On receipt of this form, the RIAI will issue each participant with an individual Submission ID Number.

Entries from students of all Schools of Architecture can be sent electronically in pdf format to education@riai.ie from Friday 3 June 2022 to Friday 16 September 2022.

11. Composition of the Jury

A prize fund is available for this award. Division or not of the prize fund will reflect the standard and diversity of entries.

It is intended that the winning, commended and other entries selected for exhibition will be exhibited at the 2022 RIAI Student Award Ceremony and Exhibition to take place at the RIAI Conference 2022. The exhibition of selected entries will clearly display the student’s name and their School of Architecture. The copyright of all award entries for the purpose of publicity and exhibition rests with the RIAI.  The copyright for all other purposes rests with the entrants.  Students whose entries are short-listed for a prize/exhibition may be requested to submit a hard copy A1 Board of the image of their entry.

Students of Architecture who are currently enrolled in, or on a year out from, courses that are currently accredited by the RIAI or currently listed in Annex V.5.7.1 of Directive 2005/36/EU are eligible for student membership of the RIAI.