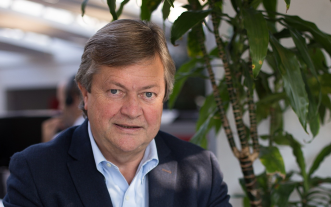 The Academy is an independent organisation that brings together both the current and next generation of urban leaders, thinkers and practitioners in Ireland, the UK and mainland Europe.

Tony Reddy is both an Architect and Urbanist. He is a founder director of the Academy and Chairman of Reddy Architecture + Urbanism. He is also a former President of the RIAI and Architectural Association of Ireland.

He has practiced in Ireland, UK , Europe and United States. The work of his practice is varied, encompassing large and small projects: furniture, interior design, architectural projects ranging from Residential, Commercial to Healthcare and Universities, new neighbourhoods and urban regeneration projects.

He and his colleagues work with a strong design focus and a careful understanding of how people and places interact.  This has resulted in a wide range of commissions and projects which have made a significant contribution to contemporary architecture and the built environment and received many national and international architectural and urban design awards.

Through his involvement in the AoU, RIAI and PII, he has been involved in many policy initiatives in the field of Residential and Community projects. He has a wide experience in advocating initiatives to create better cities and urban environments through exemplary urban design & architecture. Throughout his career he has been involved in policy development in the area of Residential Communities and Urban Design.