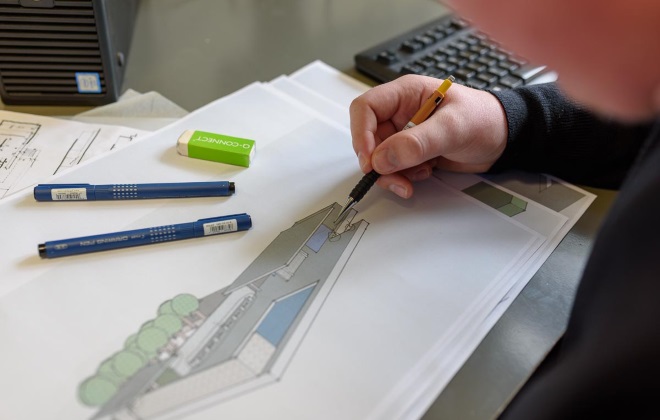 Friday 16 August 2019: The Royal Institute of the Architects of Ireland (RIAI) is delighted to see that the strong demand for careers in architecture continues in the 2019 CAO Round 1 offers.

RIAI CEO, Kathryn Meghen said: “At a time of challenges such as climate change, economic pressures due to Brexit and the housing crisis, a career in architecture gives graduates a fantastic opportunity to shape the built environment, to lead in its delivery and contribute directly to Ireland’s economic progress and to the quality of life of its citizens.  The work of Architects touches on all aspects of the development of our cities, towns, villages and their infrastructure – from homes to hospitals, commercial buildings to public spaces. Architecture is a very rewarding career and the RIAI is pleased to see that the interest from students continues to be strong. We are also pleased to see the continuing interest in Architectural Technology courses throughout Ireland which provide their graduates with an opportunity to work on the detail and technological aspects of delivering construction projects.”

When selecting a programme of study to become a registered architect, it is essential to check that it is properly accredited and prescribed for access to the profession.

There are a number of routes to registration as an architect, but the most typical is to complete a prescribed degree course in architecture, at least two years of approved postgraduate professional training and a prescribed examination in professional practice.

Prescribed degree courses in architecture take five years of full-time study. Sometimes the five years of study are split into a three-year course followed by a two-year course, or a four-year course followed by a one-year course. Many students take a year out to gain practical experience between the third and fourth year or between fourth and fifth year. Only the final award (after five years) is formally accredited or recognised. From beginning study to full professional qualification, including postgraduate professional training, it typically takes seven to nine years to become a registered architect. Graduates of the three-year or four-year courses in Architecture are not eligible for any class of RIAI membership or for registration as an architect.

Further information and advice about becoming an architect can be found on the RIAI website 'Becoming an Architect'.

Note for Editors:
Table 1: CAO Points for Prescribed Qualifications in Architecture
Note: Only the five programmes in architecture listed below are prescribed under the Building Control Act 2007

The Institute of Technology Sligo has applied to the RIAI for the accreditation and subsequent prescription of their 5-year Bachelors of Architecture (Hons) degree - CAO Code SG347. In February 2019 this degree was awarded Provisional Approval by the RIAI in line with the RIAI Qualifications in Architecture: Procedures for Prescription under the Building Control Act 2007. The earliest that this qualification may achieve full accreditation by the RIAI and prescription under the Building Control Act 2007 is when the first cohort of students graduate from the programme in 2023. Therefore, the Bachelors of Architecture degree (BArch) at Institute of Technology Sligo has begun the prescription process but is not currently prescribed for the purposes of registration as an architect in Ireland under the Building Control Act 2007.

ARCHITECTURAL TECHNOLOGY
The most common way to qualify as an architectural technologist is to undertake a degree through an RIAI accredited course, which generally takes three years of full-time study, followed by a two year period of supervised practical training. You are then eligible to become an Architectural Technologist member of the RIAI.