Following the lifting of COVID-19 restrictions, the recipients are receiving their honours today at the Irish Architectural Archive, at 45 Merrion Square, Dublin 2. 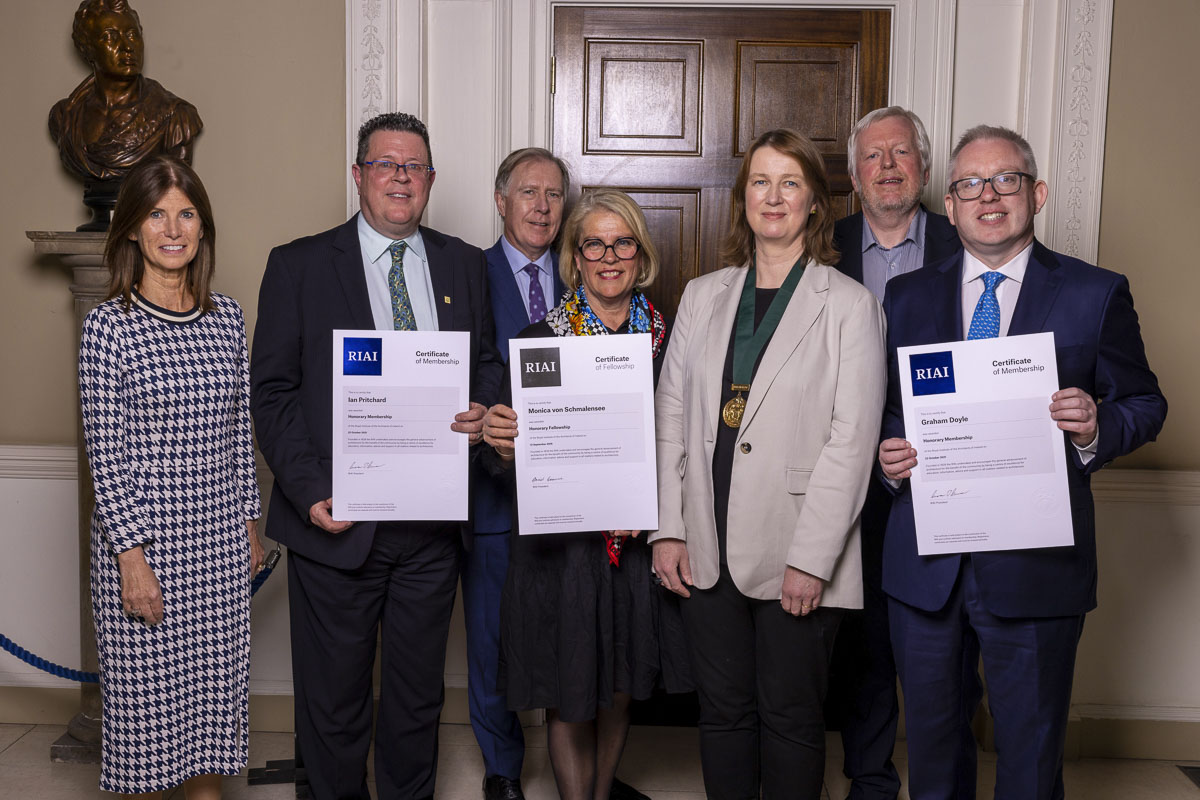 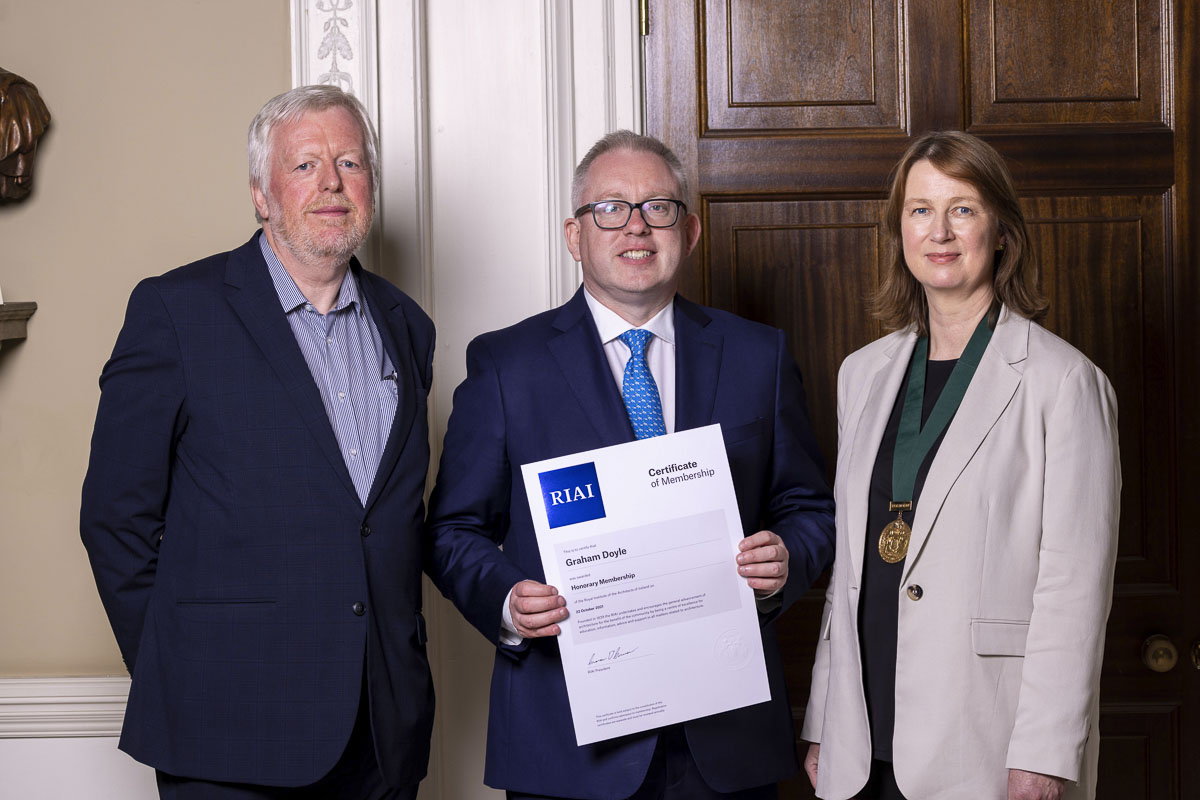 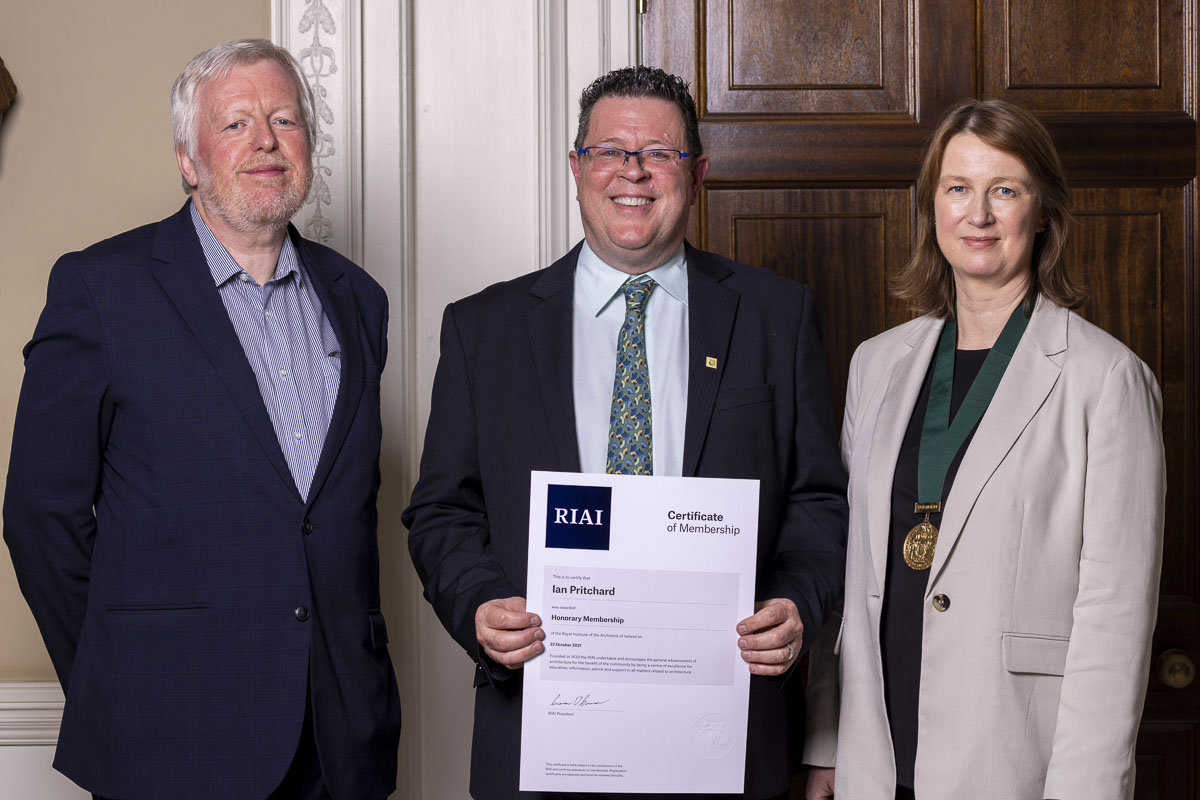 Recipient of the Honorary Member award, Ian Pritchard, is the current Secretary General of the Architects Council of Europe (ACE). He joined the ACE in 2012 from the Royal Institute of British Architects where he served as Director of International Relations and Regulation. Ian currently represents the ACE, supporting the development and the implementation of policies, campaigns and advocacy strategies 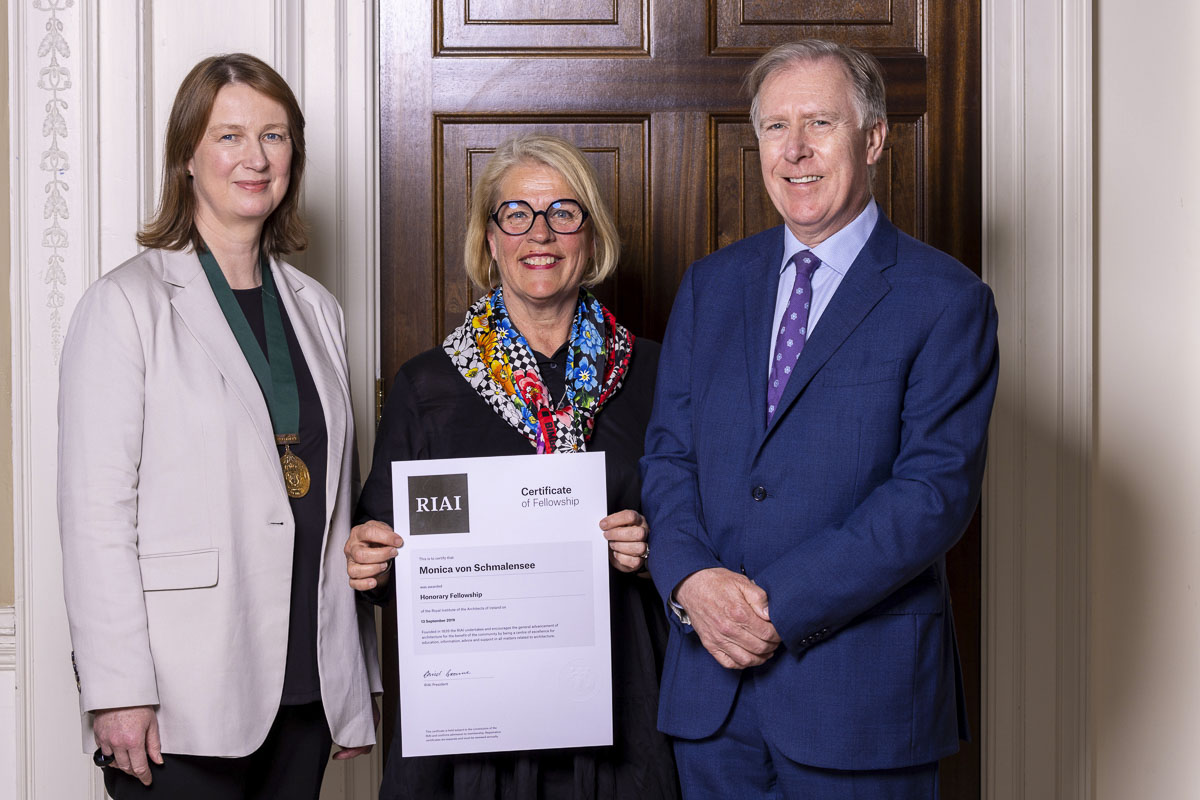 Monica von Schmalensee, the Recipient of the Honorary Fellowship, was the former CEO and now partner of White Arkitekter, the biggest architectural firm in Scandinavia. Monica has been a strategic advisor for the Swedish government as Deputy National Architect and President at the Council of Sustainable Cities. Some of her best known projects include Kista Science Tower and the Stockholm Arena. As CEO of White Arkitekter, she established the practice internationally and doubled its size to 900 people. Monica believes in human-centered design and that architecture and planning can change the quality of life in many ways.

“We are absolutely delighted to honour these very deserving recipients, for their outstanding contribution to the architecture profession.

After a significant delay due to COVID-19, we are thrilled to be welcoming Graham Doyle, Ian Pritchard and Monica von Schmalensee to the Irish Architectural Archive to receive their honours. By making honorary fellowships and memberships, the RIAI recognises people who have contributed to architecture at the broadest level, including through critical engagement, promotion, outreach, scholarship and education.

All of our recipients are extremely accomplished in their fields, and we are happy to bestow this honour to them.”

In addition to the three recipients present at the awards ceremony today, the RIAI elected the below recipients for Honorary Memberships and Honorary Fellowships in 2019 and 2021: