The RIAI awarded a Commended certificate to Niall McLaughlin Architects for Somerville College Student Accommodation, Oxford at the joint National Housing Conference on 14 February at Dublin Castle. Traditionally the conference has been the occasion for the presentation of the RIAI Silver Medal for Housing – the country’s premier award for residential architecture. However the impact of the economic conditions of the recession, coinciding with the award period of 2011-2013, was evident and the RIAI have decided not to award a Silver Medal for this period. Speaking at the presentation at Dublin Castle, RIAI President Carole Pollard said: “We are confident with the renewed focus on delivery of residential schemes that we will return to pre-recession levels of qualifying projects next year. We extend sincere congratulations to the commended architects who have worked hard to deliver housing during difficult economic times.”

The jury for the Silver Medal for Housing was appointed by Council in 2016 and comprised: Joe Kennedy (Chair), Andrew Griffin, Niall Rowan, Dougal Sheridan and Giulia Vallone.

Jury Citation: The jury commended the thorough detailing and high quality of individual student rooms, but particularly the scheme’s highly considered and sensitive insertion and integration into the unique and historic environment of Somerville College and the emphasis placed on its role as a generating component at an urban design level within a future wider development context.  It was agreed however that in a sense it was premature to assess this scheme at this stage as ultimately its success, in particular of its urban design intent, would need to be evaluated in the context of the completion of its neighbours. 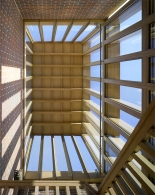 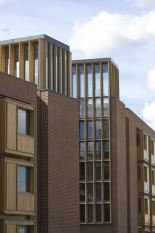