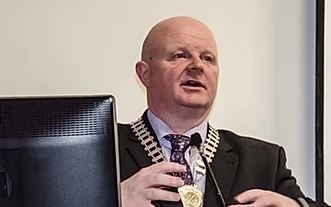 The RIAI is the Support and Regulatory Body for Architects in Ireland and has nominated Joe Corr MIPI as an independent election candidate on Seanad Éireann’s Industrial and Commercial Panel. Previously, Joe was an Elected Member of Fingal County Council and also held the office of Mayor during his tenure.

Commenting on the nomination President of RIAI, Ciaran O’Connor FRIAI said: “The RIAI is pleased to nominate Joe Corr MIPI as a candidate for Seanad Eireann. The Seanad is an important part of our Democratic Process and the it is essential to have representation on the critical matters which impact the quality of the built environment. The climate, economic and social challenges facing Ireland can be addressed through the support and promotion of a quality built environment. It is important that experienced professionals have the opportunity to contribute to the development of laws and regulations to ensure that they are appropriate to  driving positive change.”

Announcing his candidacy, Joe Corr said: “I am honoured to accept this nomination from the RIAI as a candidate for election to the 26th Seanad. With experience as both a professional planner and as a former Elected Member and Mayor of Fingal County Council, I can bring unique insight and experience to the upper house.

I am passionate about improving the quality of life for the people of Ireland and if elected, I will work to build public confidence in the planning system, to continue delivery of the National Planning Framework and fight for funding to restore power to local authorities to deliver housing at local level.  I believe that we must continue to build sustainable communities in order to give stability to the numerous people who are in need of urgent housing.”

Joe is an experienced Town Planner and holds an MSc in Spatial Planning from TU Dublin. He also runs his own planning consultancy, Corr & Associates, in north County Dublin.