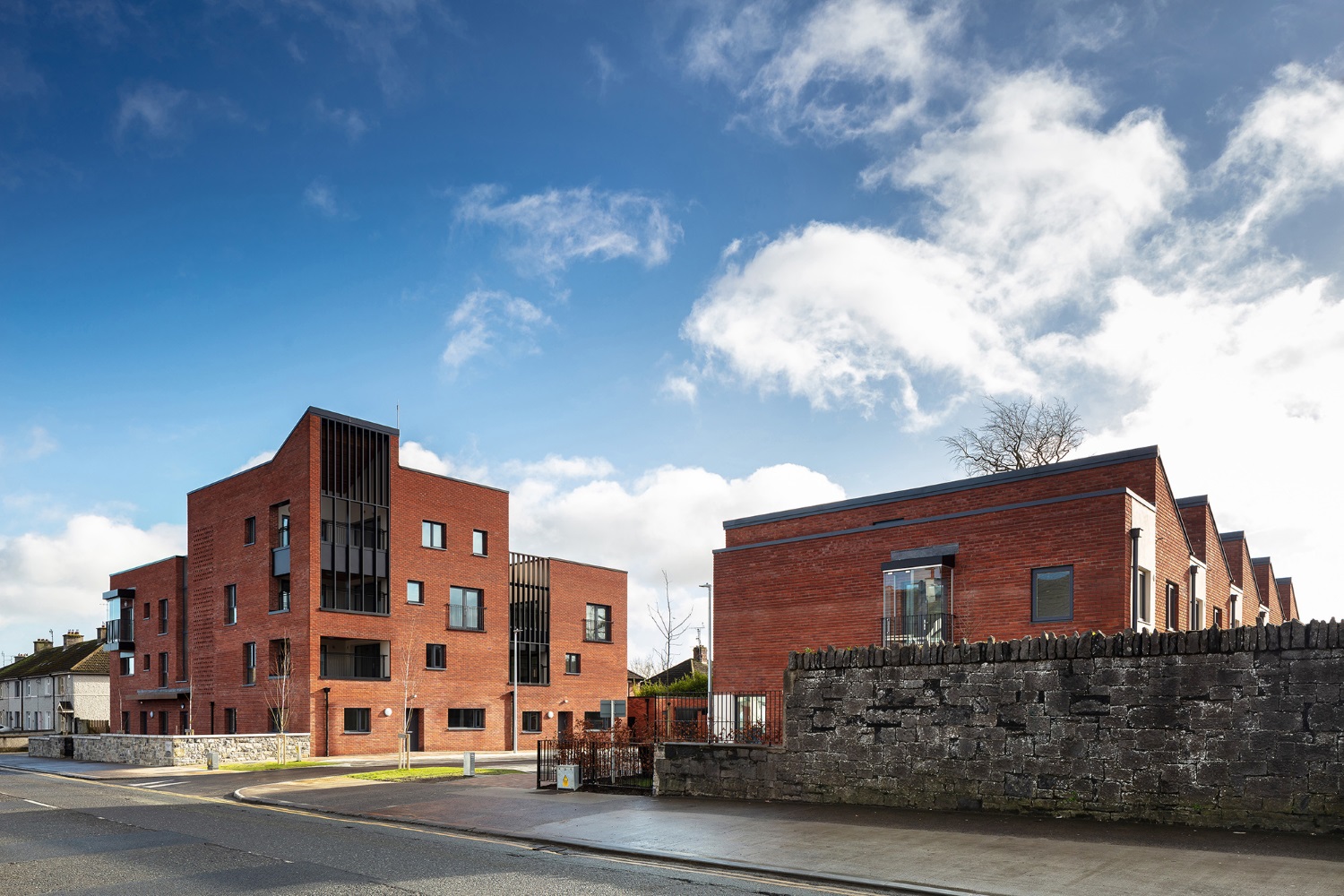 Dublin, 7 July 2020: The Royal Institute of the Architects of Ireland (RIAI) has announced ‘Tooting Meadow’ housing development in Drogheda, Co. Louth, designed by local practice McKevitt King Architects, as the winner of the Public Choice Award in the 2020 RIAI Irish Architecture Awards.

Commissioned by the North and East Housing Association, ‘Tooting Meadow’ consists of 15 dwellings for families and elderly people. The development is located on a site in Scarlet Street, which previously accommodated both a school and a fire station in previous years. A key consideration of the project was to create high quality homes alongside a sense of community and identity. This is achieved by a central courtyard space at the heart of the site, where residents can socialise and enjoy a visual link to the mature trees of the neighbouring Sienna Convent and parkland settling.

‘Tooting Meadow’ was one of 33 projects shortlisted for the RIAI Public Choice Award, all of which were designed by RIAI-registered architects and completed in 2019.  The buildings shortlisted are located across Ireland and abroad, with projects based in Cork, Dublin, Galway, Louth and Tyrone, as well as London and France.

Ciaran O’Connor, RIAI President, said: “The standard of entries on the Public Choice Award shortlist is consistently high each year and we had great public interest, which reflects the valuable contribution that architects make to the spaces in which we live, work and interact socially. The RIAI is committed to the development of quality housing that addresses the country’s changing demographics while also creating sustainable neighbourhoods in our towns and villages. ‘Tooting Meadow’ is a perfect example of this approach as it transformed a derelict site in the town centre into a mixed-unit development with community at its core. I’d like to extend my heartfelt congratulations to McKevitt King Architects on this significant achievement.”

Architect Adrian King MRIAI of McKevitt King Architects said: “We are delighted to win the RIAI Public Choice award. We are a local community-based practice which is evident in the work that the practice has been involved with over the past five decades. We have made a huge contribution to the built environment of the Northeast in this time, under the steady hand of Turlough McKevitt. To win the Public Choice Award is a welcome acknowledgement of the hard work and dedication which has been put into this project and all our other projects. Drogheda is an important and historic town and the client’s aspiration was to create an exemplary housing project with an emphasis on the community. From the outset it was important that the new building would improve the streetscape and contribute positively to the urban experience on Scarlet Street which the project has achieved. A successful urban renewal project, we hope that this recognition for Tooting Meadow will encourage other high-quality designs in our towns and communities.”

Second place in the Public Choice vote went to the Kylemore Abbey Interpretation Project in Connemara, Co. Galway, which was designed by Axo Architects.

Fourth place was awarded to RKD Architects for Roe and Co. Distillery – the former Guinness Power House – in Dublin 8

The Public Choice Award is an important element of the annual RIAI Irish Architecture Awards, now in their 31st year, which celebrate the quality of work by RIAI members at home and abroad and create awareness of the important role that architecture plays in delivering Ireland’s societal and economic infrastructure.

Proudly supported by a number of Category Sponsors, the RIAI Irish Architecture Awards will be announced in full in the autumn.

The Jury members for the RIAI Irish Architecture Awards 2020 are:

The RIAI Irish Architecture Awards 2020 include the following Award categories:

About the RIAI
Founded in 1839, the Royal Institute of the Architects of Ireland supports and regulates the architectural profession and promotes the value that architecture brings to society for everyone’s benefit. Follow us on Twitter for regular updates: @RIAIOnline