Congratulations to John Tuomey and Shane O’Toole for their CICA Awards for architectural writing. John was awarded for ‘Bringing Heaven Down to Earth: Reading the Plan of Ronchamp’ and Shane O'Toole for ‘Identity Check’. This award exemplifies the work and reflects the dedication and commitment John and Shane have given to Irish architecture. This is a tremendous achievement and one which John and Shane should be extremely proud of. 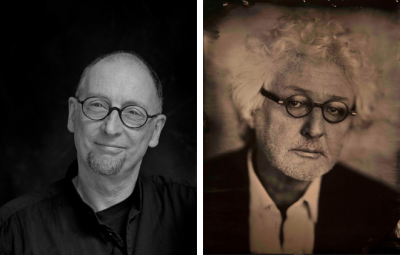 The CICA Pierre Vago Journalism Award is part of the CICA Dennis Sharp Publications Awards and is awarded for an article of architectural criticism for individual, institutional or society magazines, newspapers and journals. The CICA winners of the 2020 Book, Exhibition Catalogue, Journalism and Digital Communication Awards were announced at the online CICA Symposium at the UIA World Congress Rio de Janeiro 2021 on 19 July 2021.

View below the ceremony recording.

Given the very large number of submissions in all categories, the Jury decided to recognize the outstanding quality with a larger number of prizes and honourable mentions than in the previous awards. This reflects the significance of the achievement. There were four winners in the Pierre Vago Journalism category.

John established O’Donnell+Tuomey with Sheila O’Donnell in 1988. He graduated from UCD in 1976 and went to London to work with James Stirling on the Stuttgart Staatsgalerie from competition to detail design. Returning to Dublin to work at the Office of Public Works, he completed two buildings, a laboratory in the landscape and a city courthouse, which laid the theoretical and contextual basis for his future critical practice with Sheila O’Donnell.

He was managing director of Group 91 Architects, an architects’ collaborative who designed the masterplan for the regeneration of Temple Bar as Dublin’s cultural quarter. He has had a leading involvement architectural education, teaching in the studios at UCD Architecture from 1980 – 2019. He has taught and lectured widely in European schools of architecture and at North American universities including Harvard, Princeton, Buffalo, Cooper Union, Columbia, Michigan, Syracuse, Toronto, Vancouver and Virginia. He was the first recipient of the UCD Masters in Architecture (based on reflective design practice).

John’s engagement extends beyond practice and teaching to a more civic role in the public awareness of architecture. He was president of the Architectural Association of Ireland in 1992-93. In 1986 he initiated the AAI Awards for excellence in architectural design, attracting significant Arts Council sponsorship and recognition for the art of architecture. A regular member of awards panels, he chaired the RIBA Stirling Prize jury in 2009. An occasional contributor to architectural criticism, commentary and review, he is author of Architecture, Craft and Culture, a reflection on principles of design and thinking behind the work of O’Donnell + Tuomey published by Gandon Editions. John is an Honorary fellow of the American Institute of Architects. In 2010 he was elected a member of Aosdána, an affiliation of Irish Artists. In 2015 he was joint recipient with Sheila O’Donnell of the RIBA Royal Gold Medal and the American Academy of Arts and Letters Brunner Prize, both awarded in recognition of a lifetimes work.

Shane O’Toole is an award-winning architectural critic and no longer practicing as an architect. A graduate in architecture from UCD and current Adjunct Associate Professor at the UCD School of Architecture.

An honorary member of the AAI, he has served the profession as President of the AAI, Vice President of the RIAI, inaugural director of the Irish Architecture Foundation, Commissioner for the Venice Biennale and jury member of the Mies van der Rohe Award for contemporary European architecture. He co-founded DoCoMoMo International and DoCoMoMo Ireland, the heritage bodies, and is Chairman of the Irish Architectural Archive’s Collections Development Committee. He was a founder member of Group 91 Architects. He reintroduced the Downes Medal as the AAI’s premier award and established its annual international critic’s lecture programme.

He has co-edited monographs on Kevin Roche and Aldo Rossi, and curated exhibitions on Michael Scott, Liam McCormick and Noel Moffett, among others. He contributed to the pilot inventory of 20th-century architecture in Dublin. He wrote for The Sunday Times for ten years. A member of CICA, the International Committee of Architecture Critics, he was named International Building Press Architecture Writer of the Year in 2008, 2009 and 2010.