The RIAI Awards an Honorary Membership to Michael Murray 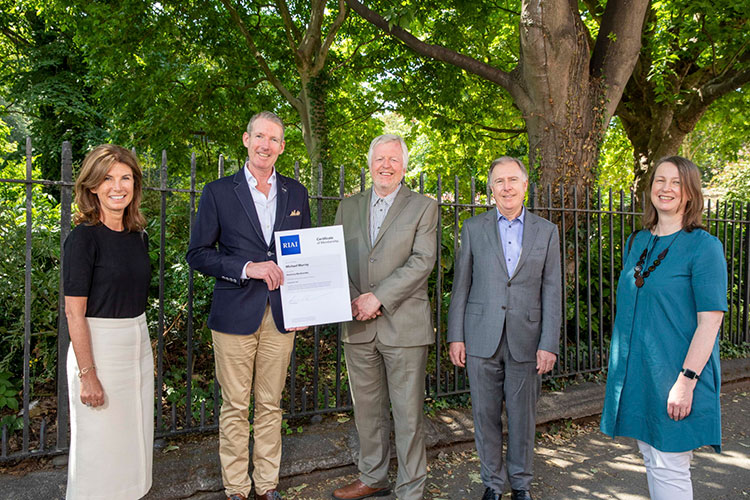 Michael Murray who has served as the first non-architect Board Member of the RIAI, was awarded an Honorary Membership at a small presentation on Tuesday, 29 June.

Since his appointment in January 2017, Michael has provided strategic and financial expertise and contributed to the development and oversight of the RIAI Strategy.  He is a Chartered Director, a Fellow of the Institute of Directors and a Chartered Director Assessor and his career has focused on renewable industries particularly developing technologies in chemicals, recycling, alternative energy and construction.

Michael is standing down due to business obligations abroad and the RIAI thanks him for his work on behalf of the Institute and wishes him every success in his new role.

The RIAI Board and Council have commenced a process to identify a new INED.