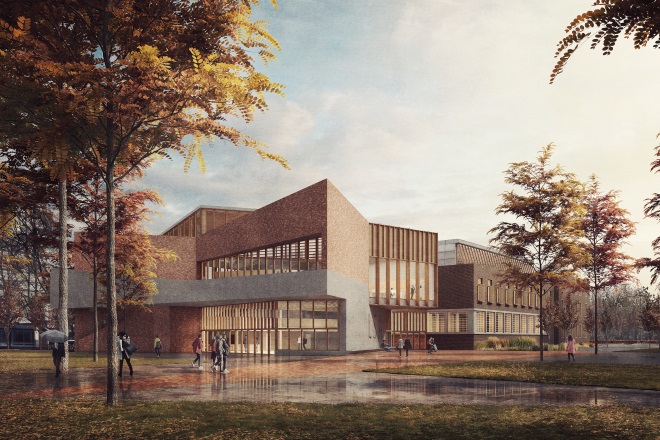 O’Donnell + Tuomey have won a three-stage invited international design competition for the Liverpool University School of Architecture. The project aims to redefine the nature of architectural education and to challenge the current preconceptions of architectural design of the 21st century, imagining a building respectful of tradition, but ambitious enough to anticipate the architecture to come.

The School was interested in the pedagogic potential of the competition and the highly inclusive process involved staff and students from the outset. “Each long-listed practice was championed by an architecture student, who presented the practice’s ideas to the university”, explains John Tuomey.

The jury, which included Maria Balshaw, Kenneth Frampton (chair), Juhani Pallasmaa and Michael Wilford, was unanimous in their selection of the winner.  O’Donnell + Tuomey are also currently on site in London with new buildings for world-renowned cultural institutions: a new V&A Museum and Sadler’s Wells Theatre, both in East London on the former Olympic site, the so-called ‘Olympicopolis’. The practice will also deliver a new Academic Hub for the Technical University of Dublin (formerly DIT) in Grangegorman.