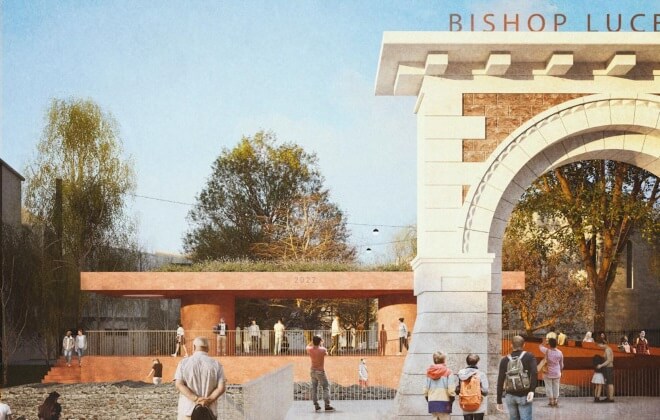 The judges’ citation of the winning project states, “One of the main design issues of this competition is the treatment of the medieval wall.  In this proposal the medieval wall is treated as one of the main features, being the threshold between park and Grand Parade, and is accentuated by means of steps, which in turn creates a ‘place’ to view and interpret the historic urban growth of the city.  The main route through the scheme emphasises the urban context of the city and its linkages, starting from the English Market through the existing archway, making a strong urban composition. It continues across the moat-cum-medieval wall by a bridge landing on plinth at the north east corner and traverses the park diagonally to the existing fountain, which in turn creates open and potential ‘secret spaces’, such as a ‘plaza’ to South Main Street and more intimate sylvan spaces adjacent to Tuckey Street.” 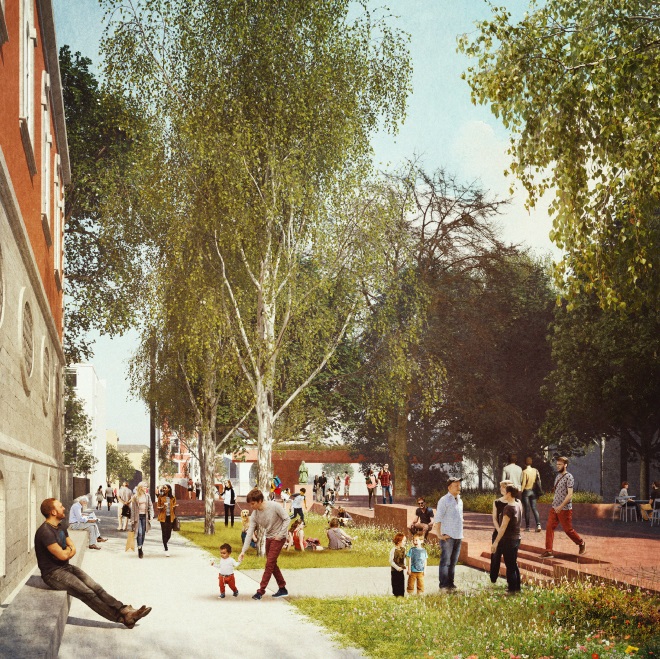 Speaking at the announcement, the Lord Mayor of Cork, John Sheehan said, “I think we have a newfound appreciation in Irish cities for the importance of parks and green spaces to our health and wellbeing.  What struck me about this entry is how they have created a design that really opens up the park to the wider city centre.  You can see how appealing it would be to buy something to eat at the English Market and enjoy it from one of the many benches and steps.  It will attract more people to enjoy this green space in the heart of the city.”

Tony Duggan, City Architect, Cork City Council, said: “The winning entry is an inclusive design with something to offer all ages, and it opens up the park to the city, creating a central “soft space”, with a wildflower meadow, right in the city centre while still being sensitive to the mediaeval history of the site, emphasising the existing city walls within the site itself. It is particularly impressive how cleverly this design integrates the heritage of the city within a modern scheme.”

Kathryn Meghen, RIAI CEO and Competition Registrar, said: “Architects deliver value in all aspects of the built environment and continued investment in our public spaces is both necessary and welcome.  Recent events have particularly highlighted the importance of our public realm and how public spaces enrich our daily lives.  Bishop Lucey Park is an essential public amenity, which should be enjoyed by everyone who lives in and visits Cork city centre.”

The redevelopment of Bishop Lucey Park is a key part of Cork City Council’s City Centre Strategy and integral to improving the quality of amenities in a city that is projected to grow to 300,000 in the next 20 years, with an increasing number of young families expected to live in the city centre. The 150 metre x 50 metre Bishop Lucey Park site is located between South Main Street and the Grand Parade in the medieval quarter of Cork City.

The Competition Jury were:

According to the competition's vision statement, the competition “seeks to increase the functionality and use of Bishop Lucey Park as the main soft space on the city centre island...It [the park] serves the people working within the city, and an increasing number of tourists, as well as the development of the adjacent multi-use site on the former Beamish & Crawford Site”.

Entry was open to any architect-led team from around the world and offered a first prize of €15,000, with an opportunity to develop the scheme to completion, second prize is €10,000 and third prize is €5,000.

The jury also shortlisted three other schemes in the following order:

Jury Citation: This is the most successful of this generic type design proposal, whereby there are four parts: (1) The Grand Parade forecourt, the Archway and the moat profile are associated with the medieval wall. (2) A lawn and café terrace are located between the medieval wall and the eastern corner of Triskel Christchurch. (3) A social gathering space is located south of Triskel Christchurch. (4) More intimate spaces, raised planters and a play area are associated with South Main Street and Tuckey Street. The existing historic laneway of Triskel Christchurch is maintained to the north and a new route is introduced from the Grand Parade. The analysis of urban and historic context is thoroughly developed, all graphically illustrated and well described in the report. 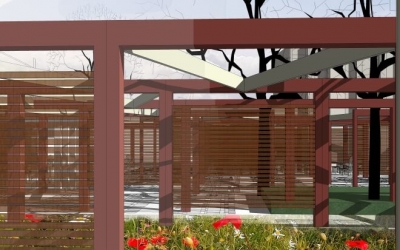 Jury Citation: This is a scheme which superimposes a geometrical pattern on the site. The genesis of this pattern is the burgage plot in plan and in section 3.6 meter high modular steel portals over-clad in timber and incorporating lighting. This system provides architectonic order to the space.  Within this grid pattern public green spaces, paving areas, raised beds seating and the incorporation of Christchurch graveyard. A café is introduced adjacent to the route on Tuckey Street. The judges were pleased to see a 3-dimensional grid concept explored. 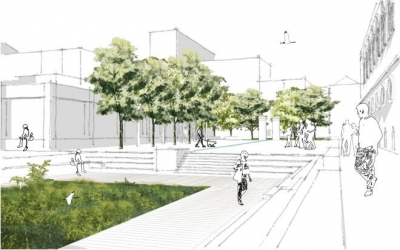 Jury Citation: This proposal has a central urban space for social gathering with spaces associated with the medieval wall on the Grand Parade side and gardens plus play areas on the South Main Street side.  The strategy of ‘urban fabric repair’ with the insertion of buildings is acknowledged and similarly the treatment of the medieval walls surrounded by a square amphitheatre focussing on a water garden. This whole design concept is highly commended.

About the RIAI: Founded in 1839, the Royal Institute of the Architects of Ireland supports and regulates the architectural profession and promotes the value that architecture brings to society for everyone’s benefit. Follow us on Twitter @RIAIonline and Instagram riaionline.