The RIAI and the Department of Housing Local Government and Heritage (DHLGH) held a ‘New European Bauhaus Conversation’ on 29 March with Yvonne Farrell, Shelley McNamara and Orla Murphy and members of the RIAI’s committees and task forces. The report, which is introduced by Minister Malcolm Noonan, RIAI President Ciaran O’Connor and CEO Kathryn Meghen, highlights areas where the New European Bauhaus could set positive impulses in Ireland. Many of the issues raised are linked with the themes of the forthcoming National Policy on Architecture.

Both the New European Bauhaus and the National Policy on Architecture could bring about welcomed policy, structural and cultural changes to create a society where high-quality architecture is valued for what it brings to the environment and society, as well as what it delivers for those who commission it.  Quality architecture makes can also make an important contribution to Climate Change Action, as the most sustainable design is the one that endures and can be easily adapted for future generations. 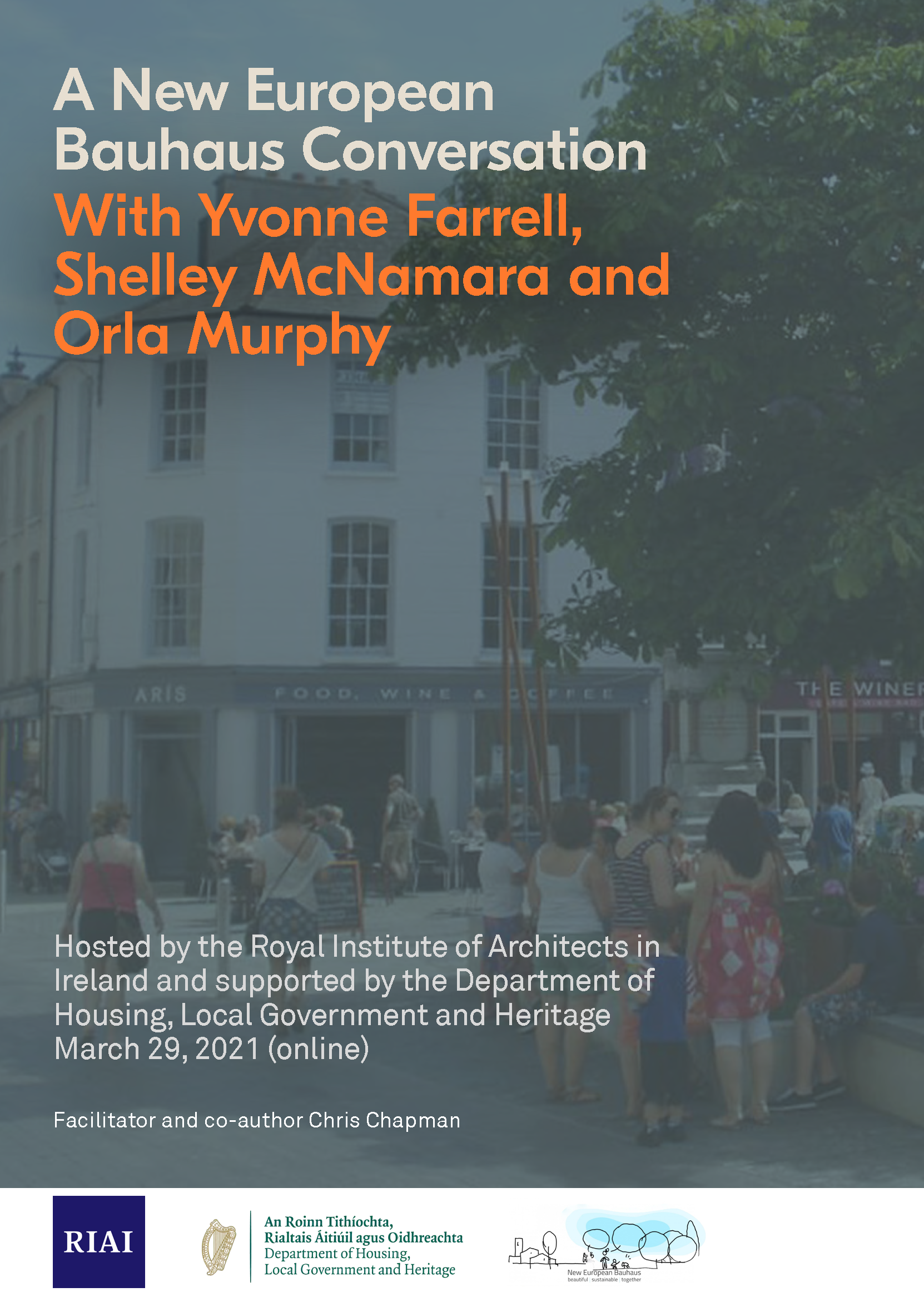