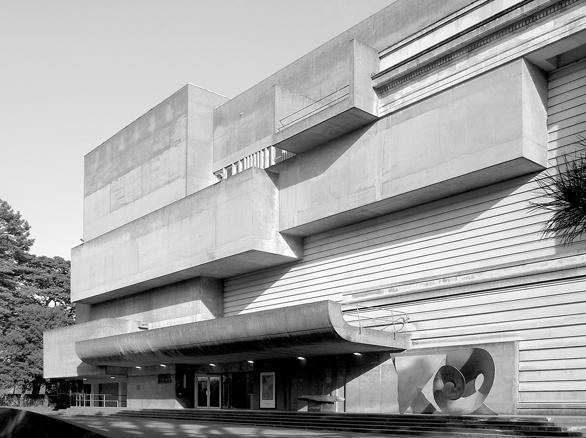 The brutalist extension to Belfast’s Ulster Museum has become such a familiar sight in south Belfast that it is difficult to imagine any alternative. Loved by architects and hated by much of the public, the addition has been described as ‘Belfast’s Busáras’[1]. It was built as a result of a design competition in 1964, won by the previously unknown architect Francis Pym who synthesised the Neoclassical lines of the existing building with austere cubist forms. His design could not have been further from that of the joint second place winner: Archigram.

Given Archigram’s fame for futuristic, unbuilt architecture, this project seems unusual for the group. Aside from several projects undertaken by individual members, their work was mostly hypothetical and did not deal with contextual issues such as conservation or site. This gave them freedom, allowing them to explore technological utopian ideas through projects such as ‘Walking City’. However for this competition, Archigram were anchored to a physical site. The extension would be visible from the Botanic Gardens, Stranmillis Road and Friar’s Bush graveyard. The group’s design would also need to acknowledge the adjoining neoclassical museum building. They describe how they aimed to ‘produce a solution so that the existing and the new buildings [would] form a related whole within the setting of the park’[2]. 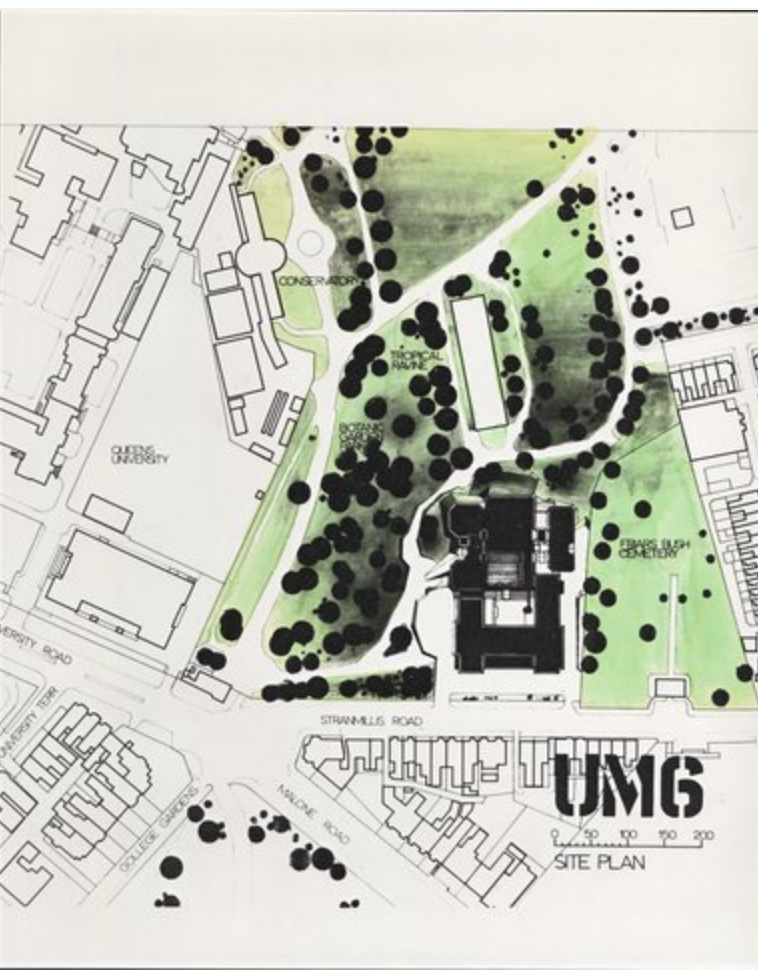 Archigram’s resulting design is entirely different from that of Francis Pym. Rather than build out of concrete, they chose glass as their main material. This was most likely referencing the nearby Palm House in the Botanic Gardens. They combined gallery spaces and service towers with circulation. This was a key focus of their design. Ramps, stairs and lifts allowed the user free choice of route. They also incorporated sculptural courtyards and terraces in their design. Archigram took a user-centred design approach to the Ulster museum competition, demonstrating that they were not limited to creating hypothetical high-tech megastructures[3]. 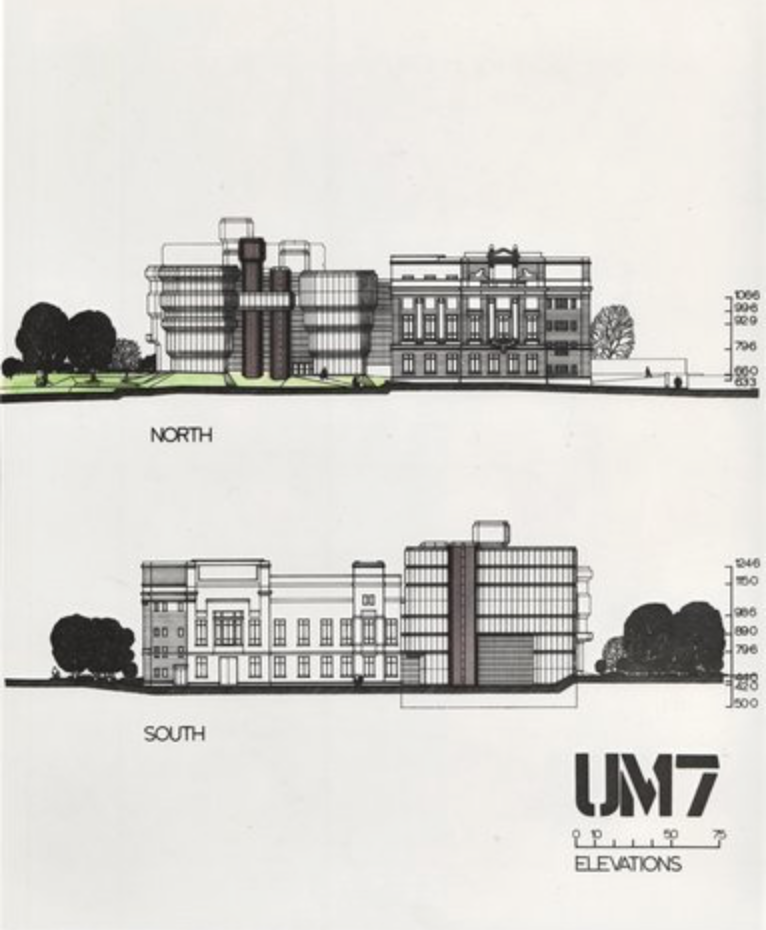 Despite this, key ideas from the groups earlier projects are still visible in their design. For example, in many ways Archigram’s unbuilt work serves to critique the sterility of Modernist architecture[4]. Peter Cook (one of the group’s founders) was dismissive of the ‘unashamed use by everybody of the 45 degree corner, stepped section, 3D precast panel, and the rest’. Archigram’s entry for the Ulster Museum competition offers an alternative to this. Although the building is functional, there is a playfulness to its form. Each internal space is three-dimensionally expressed on the facade. The ‘magnificent drums’ of the building create an aesthetically exciting elevation[3]. In previous Archigram schemes, these gestures appeared artificial and improbable. However, their museum proposal realistically demonstrated the possibilities beyond austere, Modernist architecture. 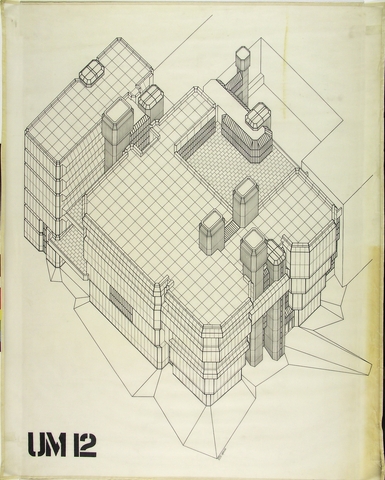 Of the 83 entries to the competition, ultimately Frances Pym’s was the winner. Archigram’s design remained on paper. The assessors report describes their work as ‘vigorous’ and ‘arcticulate’ but criticises the manner in which the external modelling makes the small museum reach the building scale of a ‘much more complex organisation’[2]. It was also noted that their design was over budget. Existing solely as a representational practice gave Archigram scope to explore radical ideas and take design beyond its material limits. In their proposal for the Ulster museum extension (and for other competitions which they entered) they were forced to take a different, human-scale approach. Menacing megastructures gave way to context focussed design[5]. Although ultimately their design remained hypothetical, it serves as a demonstration of how the groups ideas and ambitions could have been successfully manifested in the built environment.